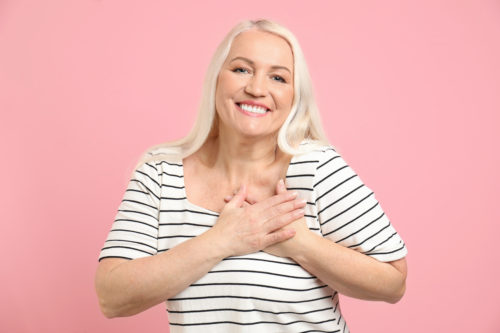 “I feel a need to post this, on the advise of a fellow cancer patient. I want to tell you ladies about endometrial cancer.

I never heard of it and I soon found out not many women know anything about it. I am an older woman of 70 and one day spotted a few drops of blood and said to myself “don’t be alarmed just a few drops. Then later I started to bleed and bled just like a monthly period. I said “HHMM, girl this ain’t right. I called a OB-GYN and on my first visit he gave me a internal vaginal sonogram. I had never had one of these in my life. He looked up at me and said “I don’t believe in playing around. This looks like cancer to me.” I will meet you in my office and we will discuss it. So some 20 minutes later my life just got on a speeding train out of control. He told me he wanted me to have a DNC first that would be sent to pathology to verify. He said he would see me in one week in a near by hospital for the DNC, one day visit. I said ok, went home and told family what was happening.

I mean I had regular PAP smears, paid close attention to my body so on and so forth. I went back and he told me it was cancer and mine was at 79% penetration on the endometrial wall which is lethal because at 50% you stand a good chance and now a Radical Hysterectomy was needed. Then I had the hysterectomy. When it was over he told me he got it all and now radiation was need. So I took it, five days per week for five and one half weeks.

I am thrilled to say I am cancer free. The PET scan showed no cancer anywhere. The doctor told me most women die because it is not well known or discussed. Just heads up bleeding after menopause is not good. Don’t guess, and don’t wait. Please. It responds well to radiation.

Thanks for listening” – Kelli

3 thoughts on “Doctor Saved my Life”