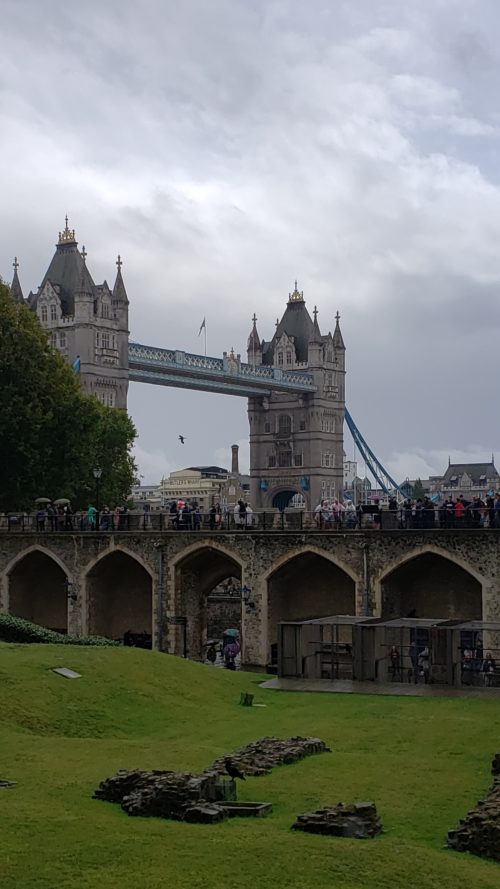 As you may have been aware, I was in London over this past week and was looking forward to meeting up with anyone that was interested in meeting up.

On this trip, my sister Dawn flew over from North Carolina and my friend, Elisabetta, flew up from Florence, Italy. It was a girls trip! 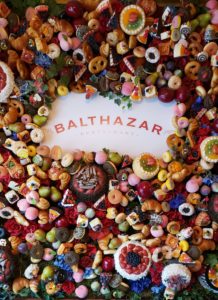 Our first meet up was at Balthazar Restaurant in Covent Garden.

While I was expecting several women who showed interest, only one showed up. Jackie was a little nervous at first saying that she, “was hoping there would be more people so that I could sort of sit back and enjoy the conversation.”

But being that there was only three of us and one of her, well, she did quite a bit of talking. No subject was off the table. Felt like we were old friends catching up. She was delightful and forthright.

Our next meet up was for afternoon tea at Claridge’s in Mayfair. 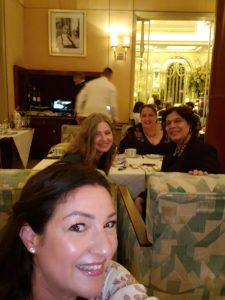 We met Neelam in the lobby and it was like meeting a friend who I hadn’t seen in years. Neelam and I have been chatting privately for months. She lives in Pakistan and just happened to be in London the same time as we were. She and my sister talked shop as they are both involved with school (my sister is a teacher and Neelam is the principal of two schools). 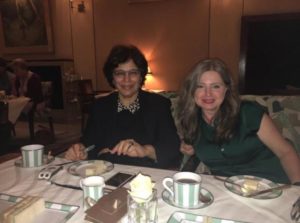 We had a wonderful time and enjoyed every morsel. Neelam was as sweet as could be, and was exactly who she has always been on the other side of the computer. 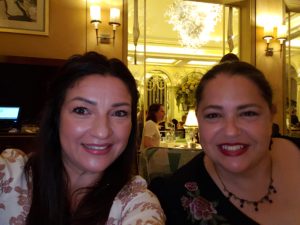 9 thoughts on “GreyFeathers in London”