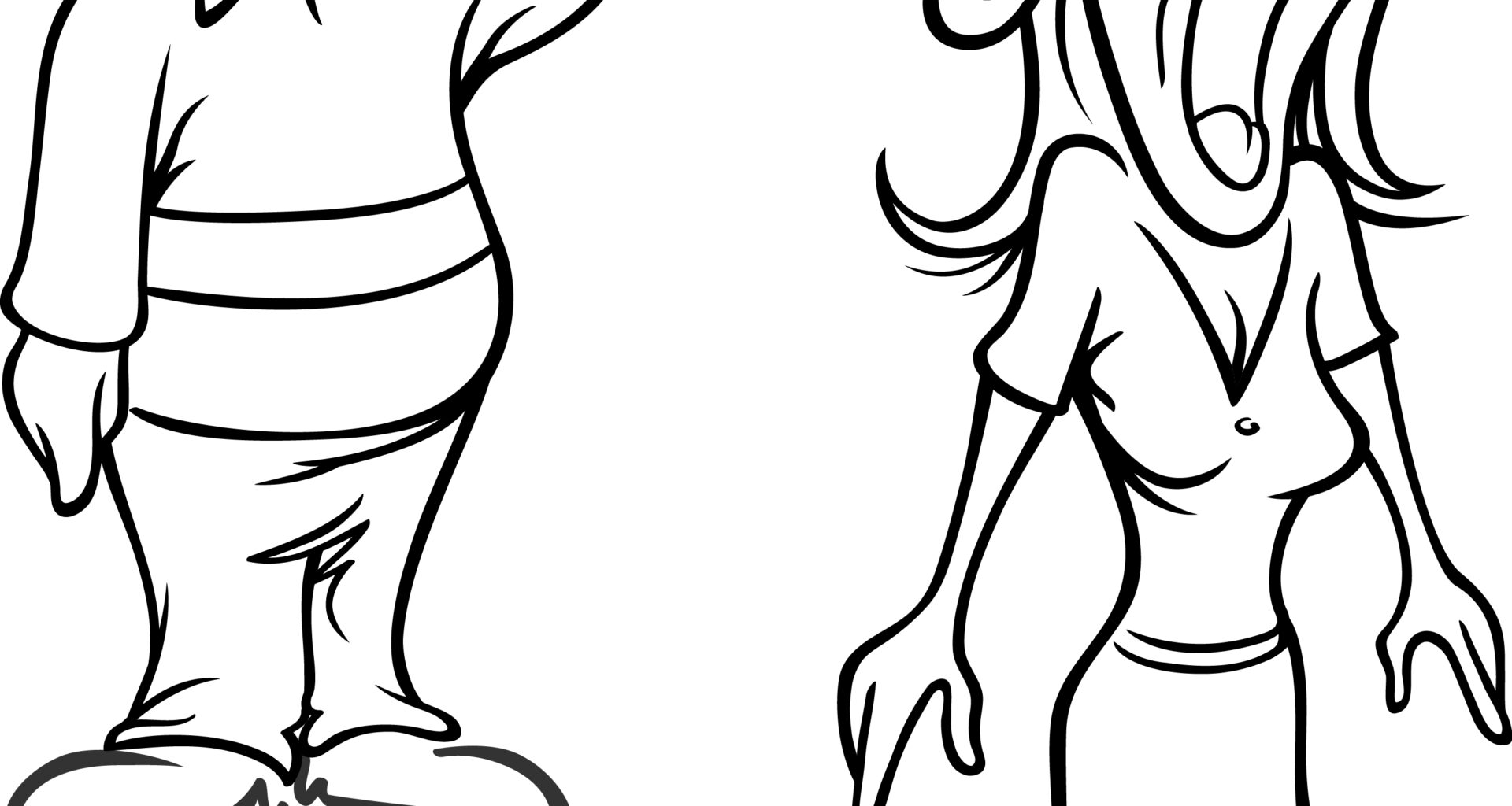 Anonymous writes, “I’ve recently had some devastating news about my partner saying inappropriate things to my 26 year old daughter (we are both 58)…

She is a single mum and has relied on us for support the last few years, she doesn’t ask for money or anything, but needs our help while she builds her life back after an abusive relationship and she recovers from the resulting anxiety. We have been there for her during the pregnancy and now the little boy is three, I love my grandson and daughter very much.

Since I confronted my partner (of 10 years now), after my daughter approached me, he admits he has probably been out of line (as a step dad) and says he thought it was all in playful banter and she always starts the joking and teasing, nothing too bad just stirring him.

He has made sure I was never around when he said these things. I am p*ssed off with him to say the least. However, we are tied up financially in a business, he says he never meant any harm (not making excuses for him) and that he loves me very much (hmmmm?).

My daughter came to live with us when she was pregnant, mentally unwell after a bad relationship and needing a place to live for a while, have the baby and get back on her feet. She has been doing great, moved into a nearby place of their own about a year ago, we are all close and see each other most days. Apparently the inappropriate jokes and banter didn’t start until recent months. She hoped he’d stop and so tried to ignore him, yet still making jokes herself, but keeping it clean. We, daughter, partner and myself are working through it. He’s apologized and promises never to do it again, etc.

I’m not certain of the future of our relationship as it’s early days and I’m still very angry, this type of thing is not on. But we are together in the business for the time being. I’ve felt really miserable but I am trying to work through it. I haven’t been able to hide my feelings that well (I feel shaky & sick inside) and we have had a couple of dinners at Mum and Dad’s where I try to pretend nothings wrong, I just don’t want to worry them, but it’s soooo hard to be cheerful. He pulls it off so well and is the life of the party, whilst I’m finding it hard to get into the conversation. We live in a small town and I can’t talk to anyone about it, without the whole town knowing. I want to tell my my Mum. However she’s the type to not want to hear bad news. Never talks about feelings. Never gives cuddles. Keeping a stiff upper lip at all times. Should I tell my Mum and risk upsetting her or is off-loading my burden a selfish thing to do?”

To this day I will not shower when there is an electrical storm outside! ... See MoreSee Less

Still dont. Can hear my mom in my head telling me NO

Isn’t that the truth!

Once a man and twice a child!

You can't have a driving licence till 18 in the UK! Even that's a bit young, young drivers have a disproportionate number of accidents.

What goes round comes around. !!

At the age of 90 success is being able to get out of bed without help.

so why you behaving like you in your eighties?

This is the circle of life...not something you want to rush....

Apparently history does repeat itself!

What goes around comes around!

Obviously American. Kids of 16 are kids and shouldn't have cars. As in England 17 is far, far too young. Children.

What goes around comes around.

Am working at having success at 75 and really hoping to be successful at 80.

Success is having a sense of humor to last a lifetime. 🤩

All the worlds a stage.

Love watching this!! Best trick ever!!

Love the little ones excitment

The innocence of his laughter, PRICELESS!! 😍

Good fun with the little ones

I have watched like 10 times makes my heart happy

Such fun for the little one! Hahahahaha 💞

Awesome, families should do this, the laughter is infectious!!

this is too fun.

Silly but very creative and the child may remember it forever.

#ChristaHardee I can see you and Daniel doing this😊

there's no sweeter sound than a child's laughter ❤

fun stuff you di for your kids

“Have you ever been pressured into giving up something that has been a part of your life since you were a child? I was 10 when I began learning how to cook in 4-H club. I’ve cooked all my life. Throughout my lifetime I’ve collected a couple hundred cookbooks. Now my family wants me to get rid of them because “if you need a recipe, just Google it.“ They were like old friends to me. They were a symbol of what little identity I have. Today I gave away a big stack of them. It made me really sad.” -Anonymous ... See MoreSee Less

Never been pressured into giving up anything. The practical side of me thinks, "how many cookbooks do I really need?" Don't we all have our go-to recipes that we use over and over? The emotional side of me says, "what does it matter to any of you how many cookbooks I have? They aren't hurting anyone." If you were my mom, I would tell you to keep every single one of them, or at least the ones that have taken over part of your heart.

Why do something that makes you feel sad. Much better to sit and thumb through and remember and enjoy what those books have meant to you. I find the young sooooo willing to opinionated on what we valued as part of our experience without understanding how aging feels. In this last however long I have I will keep what brings me happy wherever I want to!!!! And so it is. Life is good indeed!!!

Are you living on your own, in your own home, is it still safe for you to be in the kitchen alone? If yes to these questions tell them to pound sand and go repurchase - if you can - your favorite cook books.

My children think I hide $20 bills in my books. They would never ask me to give them away. Do I? Well, I guess they will find out when I die.

Yes. When I retired I put my classroom library of children’s books in a shed. A few weeks ago I cleaned out the shed to find they had been ruined by animals. I cried as I threw them in the dumpster. Sort of broke my heart.

Do you live on your own? Keep your books! Are you moving in with one of your children? They would want you to keep your books. Let them give something up to make room for them, I’m sure you’ve made many sacrifices for them over the years. I treasure my Mother’s cookbooks. The notes she has written in them, the ingredients she has added or taken away...And yes, they are “online”.... but the added ingredient of love is missing. Keep your books and God Bless you on this journey. LB

Yes it’s sad and revealing. The children aren’t interested in inheriting them. If they bring you joy then so be it.

If you have room (& apparently you do) KEEP WHAT YOU ENJOY! Tell them when you're gone, they can do whatever, but for now you're keeping them! You don't tell them what they can have at their houses.

I started collecting cookbooks when I was young too. Everywhere I went I would pick one up. I have a 6.5 ft bookcase with only cookbooks in it. I would only give away if one of my kids wanted it. Some are earmarked, some have little notes abt recipe.. but mainly they are comfort. Are you moving and your kids want you to downsize or what's their reasons...dont they realize this is part of who you are. After you are gone, your kids will want to have a part of you to remember.

They are treasured memories for you. Please dont give them away until you want to.

I may think a lot of cookbooks is 10.....some may think it’s100. Pick your favorites....Ive found that fewer is more really so you appreciate the ones you keep. There can be so much more to this post.....there is no right or wrong answer without more details.

Keep them....with all the smudges,drippings. Computers are wonderful and magic, so are remembering the times and folks that you cooked for with these recipes.

There is nothing like the old, original recipes. They now call it slow cooking and made it a thing, like it had never existed. That is all we did and still do, slow cooking.

Some were my mother’s one was my grandmother- in-law and she gave it to me when I married her grandson. I’m keeping those. They have their handwritten notes in them. Mean more to me than anyone else!

Just think… the people who just received them will probably think of you fondly each time they use them. They might reminisce to others about experiences they shared with you or the books may teach them to be a better cook. You did a good thing for them. Now …. Keep the rest for you 😘

That is just wrong.. I would never allow anyone to tell me to give up something I cherished like that 😠 I am like you.. I love to cook and have collected many cook books over the years..

Do not do it. You are an adult and can make your own decisions until you can't. If it brings you joy than keep them.

I also have hundreds of cookbooks. They will probably go in the trash when I’m gone. However they will stay with me until......

Don’t give any more away. It’s none of their business & ave no right to tell you what you can & can’t keep. Totally disrespectful to what’s important to you making you give them away.

I tried a recipe from on line, it just didn't taste like I thought it should, looked in my old Red & White cookbook and there was the same recipe with the missing ingredient! I'll keep my old cookbooks, thank you very much!

They’re a part of YOU and what makes you YOU and makes YOU happy. No-one else’s business I would say, Family or not! Keep them and continue to enjoy them

I have a collection of cookbooks as well....do NOT give them up! Google is not the same as a well worn and loved cookbook

Don’t give in. You don’t have to get rid of your treasured belongings. I find that heartbreaking and frankly horrible of them to pressure you to do so.

You should keep the things that anchor you in your life....your books belong with you.

Unless there’s some sort of hoarding condition going on that has your family concerned for your health and well-being, I think you should keep them if you’re so inclined. Yes you can Google things, but what about that joy of flipping through the pages and coming across a recipe you love but hadn’t thought of in awhile! It’s such a simple pleasure; why take it away?