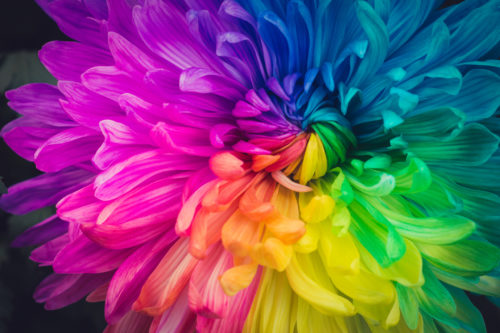 “I was in a 10-year relationship which was pretty volatile.

I got pregnant in my 40’s and we got married and moved to another country, closer to his family. On my wedding day, I remember thinking I’d put up with him for a few years, and then divorce him (sounds crazy I know).

He was manipulative, controlling, mean, had my self-esteem at an all-time low, and was simply not a very nice man! We were only at our new house two months and he was diagnosed with terminal cancer. I nursed him for 18 months and he died a year ago. During his illness, he became a worse version of himself… meaner, nastier, etc. He never got that ‘epiphany‘ that some people seem to get when they know they’re dying. Those 18 months were pure hell for me, but I did my very best for him, ensured he was cared for and got to die at home.

I’m now in a very strange grieving process and wondered if others have experienced this, and how did you come out on the other side?

I stay in the new country as I love it here. There are days filled with guilt because I am so glad he is not here treating me badly anymore. There are other days that I’m filled with sadness, as he had a horrible death, and nobody should die the way he did… how do I cope with this mixture of emotions???” -Anonymous

6 thoughts on “Mix of Emotions”