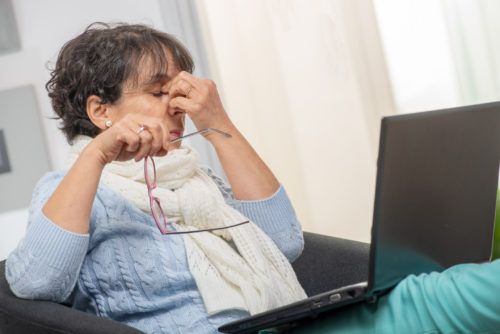 “I’ve been in an on-and-off-again common-law-relationship with a man for the past eight years. He is kind, loving and generous when things are great between us.

We both have anger issues, (mostly related to our childhoods), that creep every once in a while, resulting in a very uncomfortable and hostile atmosphere at home.

We argue and disagree on many things. Our disagreements sometimes turn into full blown fights where we yell at each other, squabble and it escalates into name calling by both of us. (In the past, I have physically attacked him, thrown things at him and slammed doors, I’m ashamed to admit.) It is such an ugly scene, and I hate how we bring out the worst in each other. We are both out of control.

He can be very mean, defensive, stonewalls and is very critical. Last time he said I’m not a good parent and I’m more of a friend to my kids. I just can’t handle him criticizing my kids, I get very defensive.

After another disastrous blow-up last year in 2018, we decided it was best he moved out. We gave each other space, and continued our relationship that way. Eighty-five percent of the time things were great and our relationship improved. At home it was also much more peaceful for my kids, especially my daughter; she feels he is abusive, we’re in an abusive pattern and that he and I will never be a good match.

Now, she refuses to even talk to him and “be” a family. I understand where she’s coming from and don’t blame her for seeing things the way she does. But when things are great between him and I, there’s no place I’d rather be and I always have hope things will change for the better between us.

Because things were going so well in 2019, we decided he could move back in with us just before the new year. Nine days in we had an argument (about my daughter). He yelled at me, I yelled at him and my daughter intervened. She yelled at him and he yelled at her. It’s was awful… I told him (a few days later) that he owed her and me an apology. He apologized to me, but not to my daughter. He felt she was out of line.

He and I have done counseling once, for two sessions. We are motivated to work on things yet he’s always busy with work and things never get off the ground. We only feel we need to see a counselor when we are not doing well, and as soon as we patch things up it gets sent to the back burner.

My question is… Do I ask him again to move out? Am I not seeing that this relationship will never work? Is my daughter right? I feel I’m stuck between a rock and a hard spot.

I’d like some unbiased opinions from you. Tell it like it is. I need to wake up. For the sake of my relationship with my daughter I am willing to send him packing. I’m not afraid to be alone. Is this a doomed relationship or is there still some hope for the future? Thank you for weighing in.” -Anonymous