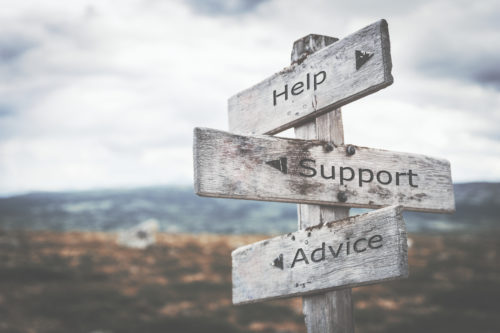 Anonymous writes, “I have three grown children, two daughters and one son. One daughter, who lives in the town I live in, has three boys (young adults) and my son, who lives in a neighboring state, has two boys (ages two and five)…

Earlier this year, their father (my ex-husband) died and to make a very long story short, his last-minute changes to his Will have left all three siblings at odds with one another. It’s horrible.

The worst part is that since the funeral, my son and his wife no longer speak to me, contact me, or share pictures of my grandsons like they faithfully did. (It’s a long story, complicated. I think it has to do with the fact that I and my daughters agree that my son exerted undue influence on his Dad during the last week of his life, leading to my ex changing his Will, essentially writing-out one of my daughters.)

My son’s mother-in-law has joined in. I used to go to her FB page to see pictures of the kids and all the things they do together, but she has blocked me so I see nothing. I’ve missed the boys’ second and fifth birthdays – I was always invited to celebrations – and the five year old’s start of Kindergarten.

I sent the boys birthday presents but have no idea if they ever got them. My daughter-in-law, who is bi-polar, has left terribly nasty voicemail messages on one of my daughter’s phones and I honestly could see her literally throwing away anything I might send. And now, Christmas looms.

My son will not take my calls or respond to my texts.

I need advice. I don’t know how to handle this. Send gifts? Don’t send gifts? I’m worried they would never reach the boys.