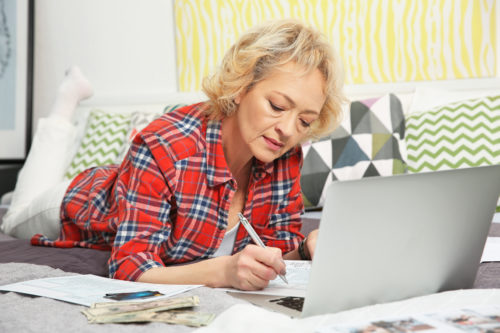 Anonymous doesn’t know in which direction she should go. “We’ve been married 25 years. It’s never been easy. In fact, it’s been abusive. It was a marriage of convenience for both of us…

I didn’t realize what I was getting into, but I had children to take care of (from a prior relationship). He made it so I could give them opportunities I never would have been able to alone. The costs to me were inconsequential. The children only mattered.

I live in the United States. I want to leave. But I’m scared, not sure I can because of financial reasons. I’m on disability and my health is deteriorating. I’m sure the stress adds to that.

He’s stollen my money and now (he is terminally ill) he wants to go out in a blaze of glory. Drinking and gambling, putting all the bills, property taxes, even groceries on the credit cards. I’ve locked some money away he can’t get to but he knows it’s there.

Ugh, a complicated situation made shorter, I recently discovered he’s known how serious his health condition is (overheard conversation) and that he has been cashing in his life insurance. Thus leaving me legally obligated (at his passing) for all the bills.

How am I to pay for his “enjoying his play” while I’ll be left destitute?

I have no money to go to the doctor. I don’t know what to do, where to go. I can’t go to my children. I am not their burden. I’m disappointed and disgusted with myself.

Have you ever been in this position and what did you do?”

12 thoughts on “Protecting Myself”