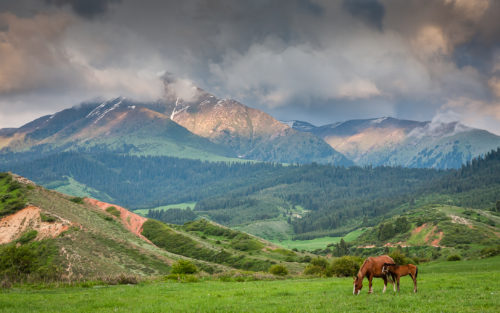 Sheryl has been kind enough to share a little piece of her life with me. Here is her story in her own words.

“My life has been many lives in this one.  I am sending a story that I wanted to share but the memory is still painful.  I became a hospice nurse because of a promise to my son that I would be there for other families with dying children.  I did that for almost six years until I burned out.  I volunteered at a camp for children with cancer for 20 years.  Both experiences brought joy and tears that I am so grateful for. Reading the comments for what three things were most important in my life was wonderful.  I do not know of any of my friends or acquaintances that have not had a loss.  It is the choices we make with that loss that can bring joy and fulfillment, I have always thought to write a book about what people told me as they were dying but as you can see I am not the best at expressing myself.”

He was 13, dying, and wanted to ride a horse before he died,
His family took him to the mountains.  Ruidosa, New Mexico was the destination.
His parents had been there as children and then as a young couple.  They took
their son there to ride a horse and be a part of the mountains,
maybe the mountains would give them all strength for that final journey that the son was to take.
He was paralyzed from the brain tumor, but he was determined to ride a horse.
The mother watched him sit atop the horse, hold on and was sure that he would
fall and die from the fall.  He was not ready for death then, but very ready to ride
into the mountains and see the sky and trees that one can only experience there.
His journey was a short one, he died not six months later, but he had been in the
mountains and been atop a horse that gently led him up the trail.
I will never forget him, his smile for letting him go, for letting him ride that horse
when I was so very scared that I would lose him then and there.  I am so grateful
for the courage that he gave me for his short life and the gift of love that I will always
carry within me.

“My youngest son became a physician and has four beautiful children. He went to camp with me for several years and that experience partly affected his decision to go into medicine. I still stay in contact with the hospice nurses I worked with and family members of the hospice patients that came into my life.

I learned that life is a precious gift and taking the sorrows of life and turning them into compassion has been for me the answer.

Thanks for letting me tell part of my story.”