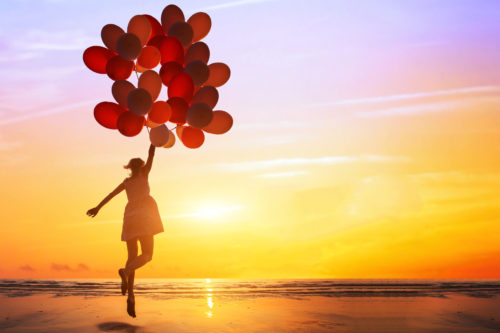 “In life you either need inspiration or desperation.” -Anthony Robbins

Sometime in October, 2018, a 60-year-old woman privately messaged me for the very first time. She said she wanted to speak to a kind and good friend. She was alone. This wasn’t the first time someone just needed a friend to chat with for the evening on GreyFeathers messenger.

She was desperate to share her life of misery, she just couldn’t take it anymore. I was compelled to hear her story, not expecting what was about to transpire… Keep that in mind that this is “today” as you are reading her story.

She said she was incredibly depressed and desperate and unhappy in her life. I was truly afraid for her life when she said those words.

Before I can go on with this story, she has asked me to keep her identity unknown.

In Pakistan, good upstanding families arrange marriages for their children, yes, even today. Being married for love, a “love marriage” is considered taboo. And so Kinza was married at the age of 16 to a man 10-years older than herself. No one had ever explained to her the rights and duties of being a wife.

Her parents lived a “very compassionate and contented life. They loved each other and there one and only interest was to provide the best in life starting from basic needs uphill to education.” She said she lived a very fun-filled, peaceful, and secure childhood.

Kinza says of her parents, “I never saw my dad getting involved with any other women, he was a graceful and dignified gentleman. My mother was his heroin and he would often sing love songs that would make my mother blush.”

A Study from the National Center for Biotechnology Information, US National Library of Medicine

In Pakistan “A ‘good woman’ could be either educated or uneducated, characterised as being unselfish, calm, tolerant, empathetic, reliable, able to organise, compromise, coordinate and maintain hospitality within the house and in keeping good relationships. A good woman was expected to do household chores, care for her children, husband and in-laws and when needed provide the home with external income. A woman was expected to hide her emotions, to compromise with her opinions and to sacrifice her own dreams. The informants reported that some women perceived their husband to be their owner and ruler and therefore they should acquire their husbands’ permission to perform any activity:

“Basically, we (women) are made for them (men). We are made to serve them. We die serving them and there is nothing in between.”

But newlywed Kinza soon heard, “never say no to your master, provider, and owner of your body and soul. Services provided to your husband should be meticulous without any expectations in return, no matter if your husband is having multiple extra marital affairs as it is considered to be a medal for a handsome man according to local culture. Somehow this was accepted as it was because there was no place to fall back and even having shelter with three kids was a blessing.”

She said “most of our women feel very miserable and it’s extremely difficult to deal with sense of rejection. Instead, of this, our 90% of men are having extra marital affairs regardless the economic or social status. They rather take pride of having such relationships. Having one wife at home, they often keep a mistress who has no social status, but they use the mistress to ‘spill their frustrations’ and pay them for it.” (she has implied sexual relations)

The Study Goes on to Say

In Pakistan “A ‘good man’ was expected to be financially stable. He should also be a good leader and advisor, a fair decision maker, sincere, unbiased, cooperative, sensible, strong, composed and elegant. A ‘good husband’ was described as being trustworthy, maintaining gender equity and giving decision-making autonomy to his wife. Upper SES (socioeconomic status) informants reported that the ‘good husband’ would support a woman’s employment, even if it caused family conflicts, whereas lower and middle SES informants reported that a good husband would permit a woman to work outside the household but not at the expense of her domestic responsibilities. A ‘good father’ would support his daughter’s education and professional work before marriage. A ‘good son’ was considered to be responsible for fulfilling his parents’ needs and wishes, and to provide them with comfort. The ‘good son’ was also expected to encourage his wife to please his parents:

“If [his] parents ask him to bring grocery from the market and he brings them then he is a good man.” Kinza was married for 34 years and during that time she heard over and over that she was not polished, nor cultured, nor modern. She said she felt “worth nothing” the day her husband announced that they were divorced (notice past tense), “through no fault of her own because there was another fresh affair to complete the count to a dozen.”

The NCBI’s study said about a “bad man and husband” which was clearly her first husband:“Informants generally characterised a ‘bad man’ as someone with a strong ego, a ‘dirty’ mentality, unfaithful, uncooperative, verbally abusive and suspicious. Disrespecting women by calling out their names in public, harassing them by staring, making inappropriate comments or luring a woman into a relationship and, if she became pregnant, refusing to acknowledge the child were all characteristics of a ‘bad man’. A ‘bad husband’ was a man who would yell at his wife when she shared her problems and beat her if frustrated. A ‘bad husband’ was further described as exploiting his wife’s earnings, her services at home, exploiting her sexuality and sometimes restricting his wife’s ambition to work outside the home:

“No matter how much a husband is educated and understands his wife, somehow his ego appears. He wants to receive more respect from his wife”

She stared doing odd jobs and planned to continue her studies and ended up completing MSc in Linguistics from the UK.

By the time Kinza was 50, she was finally divorced from her first husband and met a man who promised her the world. “Out of the fire and into the fry pan” is what she said. She married her second husband who is her current husband. Mind you, he verbally divorced Kinza and has taken up with a new, more youthful bride (she is 26 years old, he is 69). While they (Kinza and her current husband) live in separate homes, Kinza takes care of all of her needs financially, and yet he still comes over to her house weekly to “spill his frustrations.” She says it’s disgusting and she tries to never rock the boat because this man is very vindictive and could ruin the lives of her daughters. I think another name for this would be blackmail. Today Kinza is a principal of a school. She is lucky in that her company doesn’t permit her to wear a burqa to work, although they expect it of the other female employees. She told me she would never go out of her house after 6pm alone as she would either get kidnapped or raped, even at her age. She said she gets her shopping completed during the day by sending her male assistant out to retrieve what is on her list.

All Kinza thinks about is her dream of living in Europe, finding a nice respectable man to take her away from Pakistan and to love and complete her. Even these thoughts are a sin in her country. She says she is stuck and a little too “Westernized” for Pakistan. “What I have analyzed is that I am a total misfit in this culture where women are no more than a commodity, property of a man, and may be treated like a robot without any emotions and just having a name of a man as a husband should be enough.” She goes on to say, “My positivity is driving towards hope that still there is a chance to live a life of my own choice.” She said she will live this dream until her last breath.