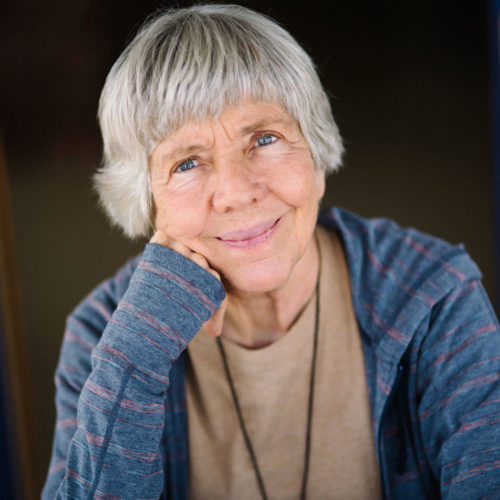 For those of you who do not subscribe to the Wall Street Journal, an article originally published in January 2019, read on…

Twenty-five years ago and then in her 40s, clinical psychologist Mary Pipher wrote “Reviving Ophelia, ” a seminal book about adolescent girls. Now Dr. Pipher is exploring women getting older and finds this stage too, like teenage years, is a time of dealing with changing bodies, expectations and stereotypes.

From her home in Lincoln, Neb., which sits at the edge of a city park and looks out onto a lake often filled with hundreds of geese, Dr. Pipher, 71, discussed her new book “Women Rowing North,” which will be published Tuesday. She talked about what society gets wrong about aging, what surprised her most about getting older and what has changed for adolescent girls since she wrote “Reviving Ophelia.” She and her daughter Sara Gilliam, a teen when the book was published, are collaborating on an updated 25th-anniversary edition to be released in June. Edited from the interview with Dr. Pipher:

What do adolescent teen girls and women entering old age have in common?

Both are in major life transitions. Adolescents are moving from childhood to adulthood, and women in their 60s and 70s are moving into years without work, without family to raise and into caregiving roles.

What interests me is the discordance between what I’m experiencing personally and the cultural script. The teens I was seeing in practice weren’t from dysfunctional families, which was the script at that time: If a teen was in trouble, the parents were making mistakes. It was the toxic culture they were living in that was making them crazy. With older women, the cultural script suggests that we’re unattractive, sexless, bossy, in the way, useless. When in fact, most women I know are deeply engaged with their communities and families. They’re activists. They’re artists. They’re volunteering. They have great groups of women friends, which at least for me, is my mental-health insurance program.

What about the differences?

Adolescent girls are children. We adults need to be responsible and offer them some guidance. When I wrote “Reviving Ophelia,” we weren’t doing that. I’m writing an update with my daughter. One of the things we found was that 1994—when the book was published—was almost the worst year for girls in terms of depression, anxiety, drug use, pregnancy, dropout, alcoholism. After that, those indices steadily improved. Professionals caught on to the idea and parents, too, that the problem girls were having was the culture was too rough and they weren’t getting enough support.

We all have the ability at 55 or 70 to determine our own happiness. Our friends can help us. Our resources can help us. But we have to realize at some point we are in charge of our own fate. Happiness is not a matter of circumstance. Happiness is not a matter of genetics. What I’ve really looked at what are the survival skills women need to be happy at this stage of life

What are those skills?

Gratitude. People think of gratitude as a nice virtue. I see gratitude as a skill that we build in response to pain and suffering. As more is taken away, that which is left is more deeply savored.

Another is managing expectations. As my Aunt Grace says, “I get what I want, but I know what to want.” We have a pretty good sense that our adult children are not waiting with bated breath to hear every opinion we have about their lives and that not everything that happens each day is going to be wonderful. That gives us the capacity to be deeply grateful if someone calls us to see how we’re doing.

Humor. A friend told me about her mother. Her mother never took prescription drugs, was really healthy and a hard worker. Now she was dying of cancer and in a lot of pain. The nurse came in and wanted to give her morphine. Her daughter said, “Mom, please take it.” “OK, I’ll take it.” The nurse gives her a shot. She looks at her daughter and says, “I’ve made a terrible mistake with my life. I should have taken drugs long ago.”

What do you find most difficult about this stage of life?

That I’m always going to funerals and people I love are sick and dying.

The other thing is, I’m aware the runway is short. I try to work very hard to be in the moment and be present and grateful, but it’s easier said than done. In the title of the book, “north” refers to winter and “rowing” refers to the fact that it’s an effort, and if you are going to stay on course at this age you have to work hard. As we enter this life stage, various aspects of our identity disappear. We’re no longer a working woman. If we don’t add new chunks of identity, if we don’t grow better, we end up bitter.

You write, “This life stage requires a constant process of adjustment and accommodation.” What was yours?

I wore out my hands. I can’t chop vegetables. I can’t garden anymore. My physical therapist told me not to write. My whole identity as writer was somehow stolen. I thought, “Why me?” Then, I thought, “Why not me?” We all have things we have to cope with. One of the secrets of being happy as an older person is to figure how to cope with them and go on. I used to write 100 paragraphs and throw away the first 99. I can’t afford that luxury anymore. I have to write more slowly and more carefully with fewer drafts.

What is overlooked about women and aging?

Attribution is very different for old people than it is for young people. Say a 40-year-old woman has a fender bender. People tell her to drive more carefully and not be in such a hurry. If an 80-year-old has a fender bender, people suggest she should give up her driver’s license.

Do you think aging is much different for men than women?

I don’t speculate about that. I’ve always written about women because that is what I know.

Write to Clare Ansberry at clare.ansberry@wsj.com

11 thoughts on “WSJ Article on Women and Aging”